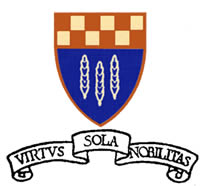 The Constitution of the Society was revised at the 2011 AGM.  A  copy can be found here.

The High Pavement Society has recently instituted an annual award for excellence in the final examinations taken by students at the ncn-High Pavement Sixth Form Academy.

I went on to achieve a degree at Trent Polytechnic in Economics. I went on to Teacher Training then a long career in teaching at Bulwell St Mary’s Primary and Old Basford PS. I retired in 2003 but went on to teach as a supply teacher in Leicester and Peterborough. I now live in Oakham Rutland

I’ve just been reading notices from the society. I was at HP from 1958 to 1966 in Forest house and played cricket for the school.I saw some names I remember.There was one from John Barlow, if it’s the same guy he lived on Southglade Rd and we were friends in my early years at HP.Anyone who remembers me I’m already on fb as  R E Lowe.

My Dad, John Michael Dobson, attended High Pavement from approx 1946 to 1950. He would have been known as Michael or Mike. He died from Covid last May, and I am wondering if anyone remembers him.There’s a chance they might, as he was the only boy allowed to not wear the school cap- this was because his head was too big!!

He would have been a tall, skinny boy, with glasses. He was generally top of his class apart from in PE, where he was bottom!

So, although anyone who remembers him would be getting on a bit now, I still thought it was worth contacting you!

I attended HPGS from 1960 to 1967 and was wondering if you have any other old Pavs recorded during those years.

Amongst the teachers I can recall are:

I'm trying to locate a copy of the school photo taken during my years there. In those days a single panoramic photo of the whole school was taken, maybe around 1963??

This is a long shot but my late father in law, Walter Batchelor taught at the school I think in the late 1940’s or early 50’s. Not sure for how long but one of his subjects may have been PE. I just wondered if anyone remembered him or if there was any record of him?

He was born in Peterborough and after the teaching job joined the Air Force and gained the rank of Wing Commander and didn’t teach in a school again.

My name is Alan Cecil, attended HPGS 1964 -1971. Woodthorpe house, form 1S - 5S. Lower and upper 6th took chemistry physics and biology.  I was a first XI hockey player but I would struggle to name my team mates even the coach.

My name is Michael Harrison and I would like to make contact with any old friends who might remember me from 1971 and 1972 when I attended High Pavement Boys School.

We have received a note from John Barlow (1959 - 1966) who is looking to make contact with his old chum, Dave Widdowson who went on to Newcastle University.

Richard Beasley writes:- I studied Russian at HP from 1952 - 1957 but cannot recall the name of the master who taught me.

Gary Parish writes :-I am interested to make contact with Carol Shipston who was a student at HPGS 6th form college in the mid 70s.  I believe she is currently a teacher in the Nottingham area.

Like to hear from any classmates who remember me.

I attended High Pavement between 1963 and 1968 when it was at Bestwood. I was in the school Cricket team and Cross Country team. I would like to make contact with anyone who remembers me from those years.

I do remember Tony in particular opening the batting with Gerald Faulks.

I was at HPGS from 1963 to 1968. I have lived in Canada since 1974 and retired from the Oil Business here in Calgary. I did attend a Paviour event in Nottingham at least 15 years ago with Tim Bowler.

Best regards Tim Bancroft ( known as Bandy in those days )

If you can help.